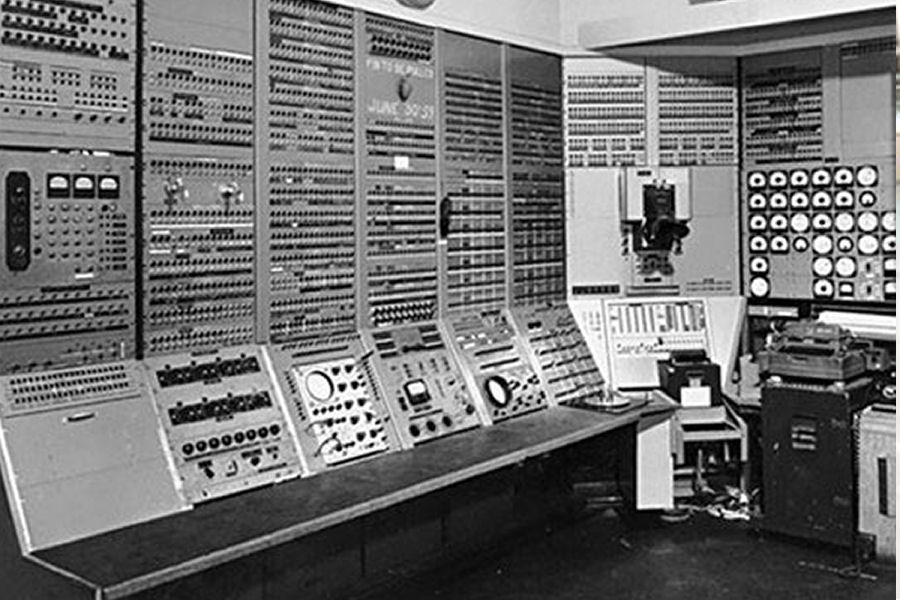 In 1946 the first computer was announced. It was called ENIAC, which stood for Electronic Numerical Integrator and Computer. ENIAC took up a large room and required several people to operate. She operated with vacuum tubes and could output 5,000 addition problems in one second.The computer used 170,000 watts of power, weighed 28 tons, had 17,840 vacuum tubes, filled a large building and cost $487,000. (By today's standards, that is about ten million dollars!) It took several people to run her. It was basically a larger super fast calculator with some input features via punch cards. You think you have computer problems today? With 17,480 tubes, ENIAC required constant maintain as there was always a tube going out. On average, one would go out about about every other day. It took about fifteen minutes to locate the bad tube. It's longest continuous period of operation without a failure was 116 hours. Aside from the 17,480 vacuum tubes, ENIAC had 7,200 crystal diodes, 1,500 relays, 70,000 resistors, 10,000 capacitors and around 5 million hand-soldered joints. The typical computer you use today is of course tens of thousands of times faster.

This product is currently out of stock!